Learning and performing music draw on a host of cognitive abilities, and previous research has postulated that musicians might have advantages in related cognitive processes. One such aspect of cognition that may be related to musical training is executive functions (EFs), a set of top-down processes that regulate behavior and cognition according to task demands. Previous studies investigating the link between musical training and EFs have yielded mixed results and are difficult to compare. In part, this is because most studies have looked at only one specific cognitive process, and even studies looking at the same process have used different experimental tasks. Furthermore, most correlational studies have used different “musician” and “non-musician” categorizations for their comparisons, so generalizing the findings is difficult. The present study provides a more comprehensive assessment of how individual differences in musical training relate to latent measures of three separable aspects of EFs. We administered a well-validated EF battery containing multiple tasks tapping the EF components of inhibition, shifting, and working memory updating (Friedman et al. in Journal of Experimental Psychology: General, 137, 201–225, 2008), as well as a comprehensive, continuous measure of musical training and sophistication (Müllensiefen et al., in PLoS ONE, 9, e89642, 2014). Musical training correlated with some individual EF tasks involving inhibition and working memory updating, but not with individual tasks involving shifting. However, musical training only predicted the latent variable of working memory updating, but not the latent variables of inhibition or shifting after controlling for IQ, socioeconomic status, and handedness. Although these data are correlational, they nonetheless suggest that musical experience places particularly strong demands specifically on working memory updating processes. 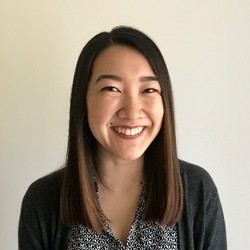